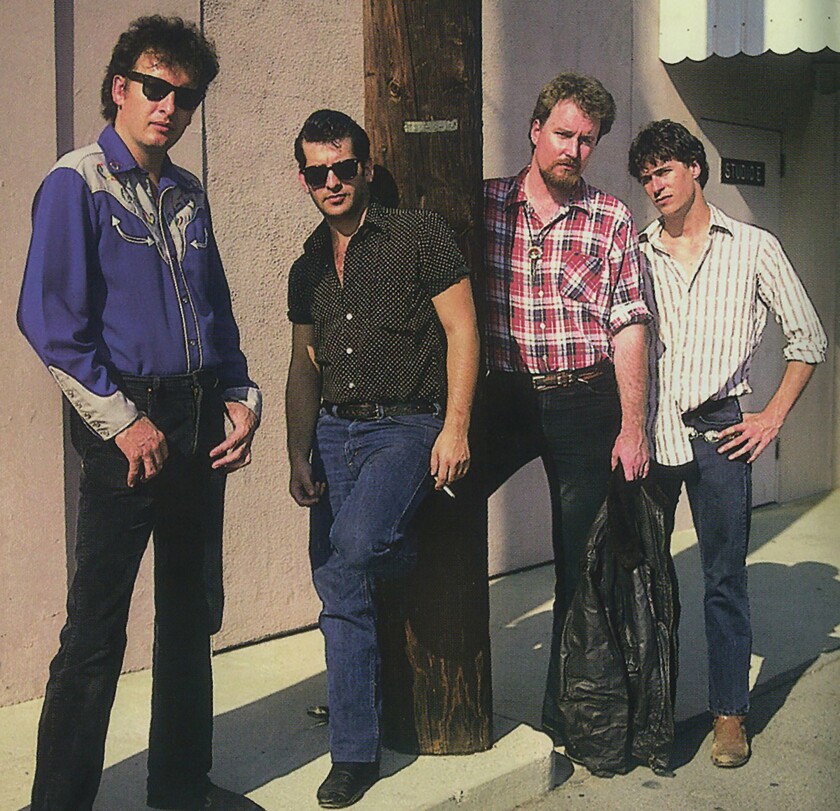 The Beat Farmers were an American rock band that formed in San Diego, California, United States, in August 1983, and enjoyed a cult following into the early 1990s before the death of drummer and sometime lead singer Country Dick Montana.

Their music has been described as an amalgamation of cow punk, jangle pop, roots rock, hard-twang Americana, country rock, rockabilly, and swamp rock. The San Diego Reader summed up their sound as …”like Bo Diddley, CCR, Joe South, and the Yardbirds, ham fisted into a food processor, stuffed into a shotgun shell, and blasted into a beer keg at three in the morning.

Beginning in 1985, the Beat Farmers released a series of critically acclaimed albums beloved by college radio, with releases on Rhino, Curb Records and others. The Beat Farmers have reformed in recent years and perform yearly at the annual Hootenanny in San Diego.