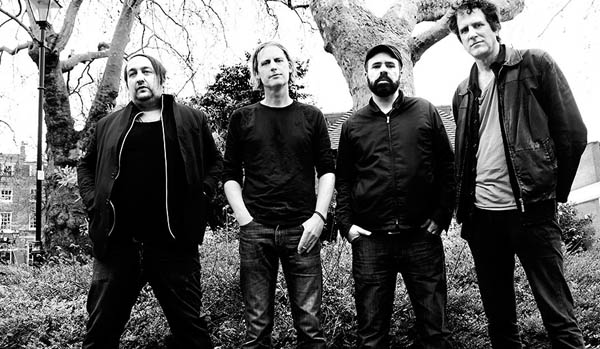 Swervedriver are an English alternative rock band formed in Oxford in 1989 around core members Adam Franklin and Jimmy Hartridge. Between 1989 and 1998, the band released four studio albums and numerous EPs and singles despite a considerable flux of members, managers, and record labels. By 1993 the band’s lineup had settled with Franklin on vocals/guitar, Hartridge on guitar, Jez Hindmarsh on drums, and Steve George on bass.

They had emerged with a heavier rock sound than their shoegaze contemporaries, and over the next five years it evolved to include elements of psychedelia, classic pop, and indie rock. In 2008, the band reunited for touring purposes. They released their first new single in fifteen years in September 2013, and their first full-length album in seventeen years in March 2015. Their new album, Future Ruins, will be released later in 2018.