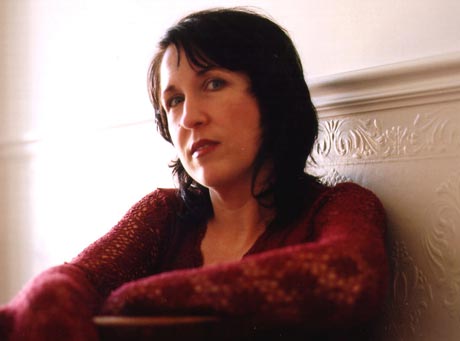 Paula Frazer is a singer-songwriter, guitarist, and bass player best known as the leader of band Tarnation (4AD, Reprise/Warner Bros).

Paula’s unique, ethereal voice and beautiful songs are frequently described as dark country with an eclectic and lush mix of folk, blues, rock, and pop. She performs with her band Tarnation, which consists of singer-songwriter and guitarist Jacob Aranda, a talented artist in his own right, Sam Berman on drums, and David Cuetter (Big Still, That Hideous Strength) on pedal steel. Paula has a large fan base in the Bay area and performs regularly in venues like The Fillmore, The Rite Spot, The Utah Hotel, Brick and Mortar, Amnesia, the Verdi Club, Starline Social Club, and many other places.

Not many American singers with a country twang are actually from the Deep South, but such is the case for Paula. Born in Georgia and raised in Arkansas, she had her big break after moving to San Francisco and starting her band Tarnation in the 1990s. Paula released four critically acclaimed albums on Birdman Records and embarked on various touring appearances, including dates in Europe with Nick Cave & The Bad Seeds. She has also appeared on recordings and in concert with many bands and solo artists including Faith No More, Sean Lennon, Handsome Boy Modeling School, Frightwig, Tindersticks, and the Czars. Already having known a long and illustrious musical career, Paula’s new album What Is And Was is Paula’s first full-length release in over ten years. It’s a wonderful, complex record that will have the listener alternately dream and dance, swoon and laugh – and perhaps also tear up with emotion. Seeing Paula perform is watching a woman who brings all her lived and passionate experience to the stage.