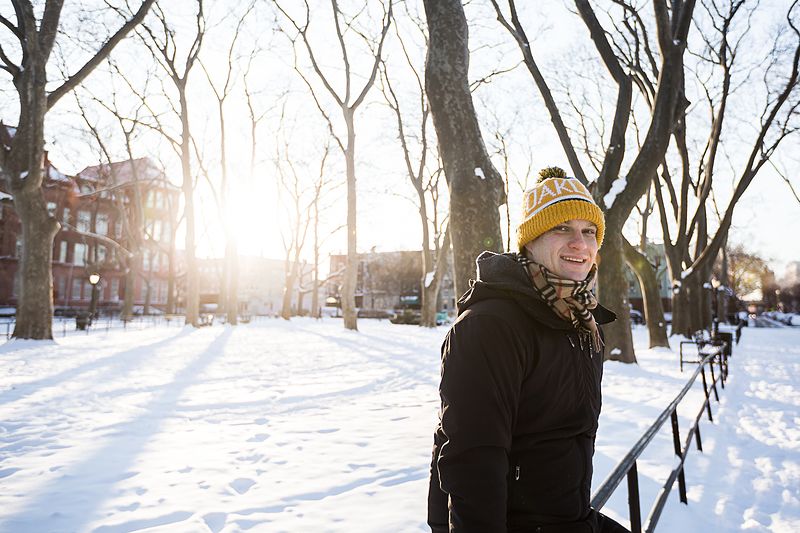 MC Lars, is an American rapper and cartoonist. He is one of the self-proclaimed originators of “lit-hop” and was one of the first rappers to sample and reference post-punk and emo bands. He is the founder and CEO of the independent record label Horris Records.

Originally releasing tracks under the name Lars Horris, Nielsen eventually dropped Horris (which later became the name of his record label), becoming MC Lars. Lars plays with a laptop and occasionally a punk rock band to back him up, which he refers to as “post-punk laptop rap.”

Samples from bands such as Supergrass, Piebald, Brand New, Fugazi, and Iggy Pop play a key role in MC Lars’s music. Hearts That Hate, whose song “Cry Tonight” is sampled in Lars’ “Signing Emo”, is a fictional group created by the rapper. The Grammy-nominated Texan band Bowling for Soup performed as Hearts That Hate when MC Lars has supported them on tour. A full version of “Cry Tonight” is available as a B-side to the UK “Signing Emo” single.

MC Lars has also shown an interest in using lyrics and song titles based on English and American literature. “Rapbeth” references William Shakespeare’s play Macbeth, while “Mr. Raven” is inspired by Edgar Allan Poe’s “The Raven”. “Ahab” is about the novel Moby Dick and “Hey There Ophelia” on This Gigantic Robot Kills retells the story of Shakespeare’s Hamlet.

In 2006, he released the single “Download This Song”, which entered the Australian Singles Chart at number 29.