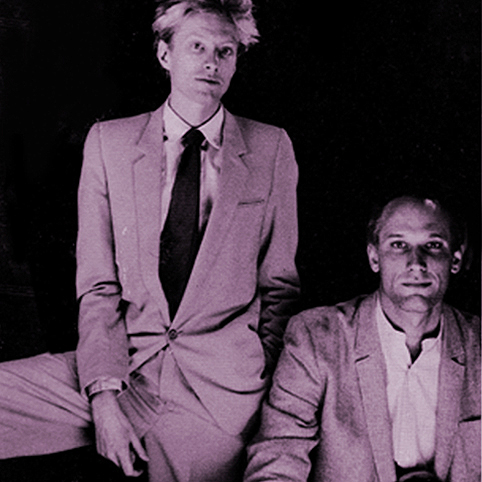 Previously performing as Bates Motel, Bohem and David Kendrick were enlisted by brothers Ron and Russell Mael to be a part of the 1981–85 incarnation of their band, Sparks. After completing demos with neophyte producer Stephen Hague, Bohem and Kendrick recruited fellow Sparks members Jim Goodwin and Bob Haag to form Gleaming Spires with the blessing of the Mael brothers.

Following promotional materials by graphic artist Kevin J. Walker (who designed punk band covers for T.S.O.L. and Channel 3, among others), they were signed to Posh Boy Records on the strength of what had been intended by the group as a non-LP B-side, “Are You Ready for the Sex Girls”.

“Sex Girls” became a hit on Los Angeles’ KROQ-FM radio station. The recording was later featured in the films The Last American Virgin and Revenge of the Nerds. It was included on the Just Can’t Get Enough: New Wave Hits of the 80’s, Volume 3 compilation album. The Gleaming Spires song “All Night Party” was also featured in Revenge of the Nerds and a 2009 commercial for Old Spice featuring LL Cool J.

Bohem, also a well-established screenwriter, has also just released his latest solo album, “Moved to Duarte.” Kendrick currently drums for Devo, and is also a member of the bands REVOLUSHN and the musical collective Empire of Fun.