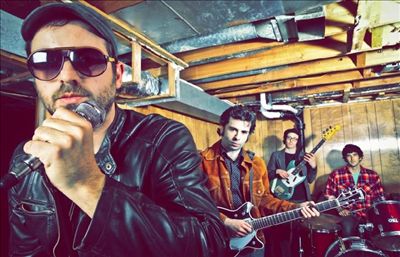 Motor City quartet the High Strung borrow equally from melodic power-pop and psychedelic garage rock. The group’s legacy stretches back to elementary school, when lead singer/guitarist Josh Malerman and drummer Derek Berk became best friends at the age of 11. Through fifteen albums over almost as many years, The High Strung gained attention by playing an all-libra tour, “donating” their van on the steps of the Rock and Roll Hall of Fame, and performing at Guantanamo Bay.

Perhaps best known for “The Luck You Got,” the theme song to Showtime’s hit series Shameless, the High Strung have had songs featured in an ad for TGIFriday and the trailer to Everything Must Go.