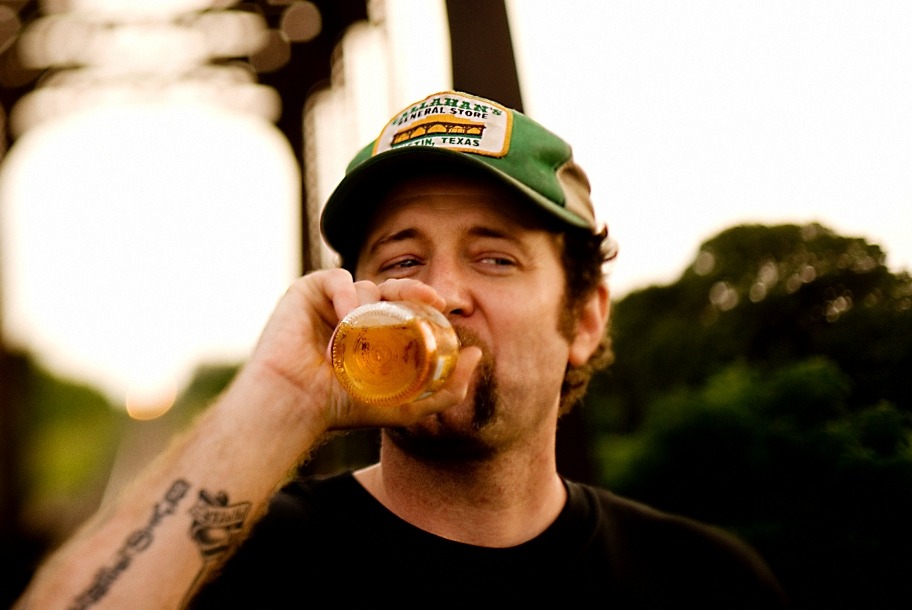 Two-man bands like the Black Keys have made a lot of noise in the past few years, but Biram’s got twice the cri de couer with half the personnel. He fearlessly preachs his gospel of blues, punk, country, metal and psychobilly to his congregation of metalheads, barflies, college professors and regular peeps via a pulpit that is just a stack of amps, a ’59 hollow body Gibson and a stomp board.

Biram will still the room with haunting and sparse West Texas blues and then turn it upside down, into a truck driver’s mosh pit, part Sam Kinison, part GWAR and part Holy Ghost.

His singing, yodeling and growling is accompanied by sloppy riffs and licks and pounding backbeat brought forth by his amplified left foot. The remainder of this one-man band consists of an unwieldy combination of beat-up amplifiers and old microphones strung together by a tangled mess of guitar cables.

Years of compulsive touring, along with a steady diet of down and dirty blues, rock, punk, country, and hillbilly have developed Scott H. Biram’s signature concoction, attracting a hefty array of fans who dig the bizarre and twisted sides of the rock and roll spectrum. His live shows unleash a Lemmy-sized metal attitude, a stomping, pulsing John Lee Hooker-channeling, and cockeyed tales of black water baptisms and murder, all while romanticizing the on-the-road lifestyle.