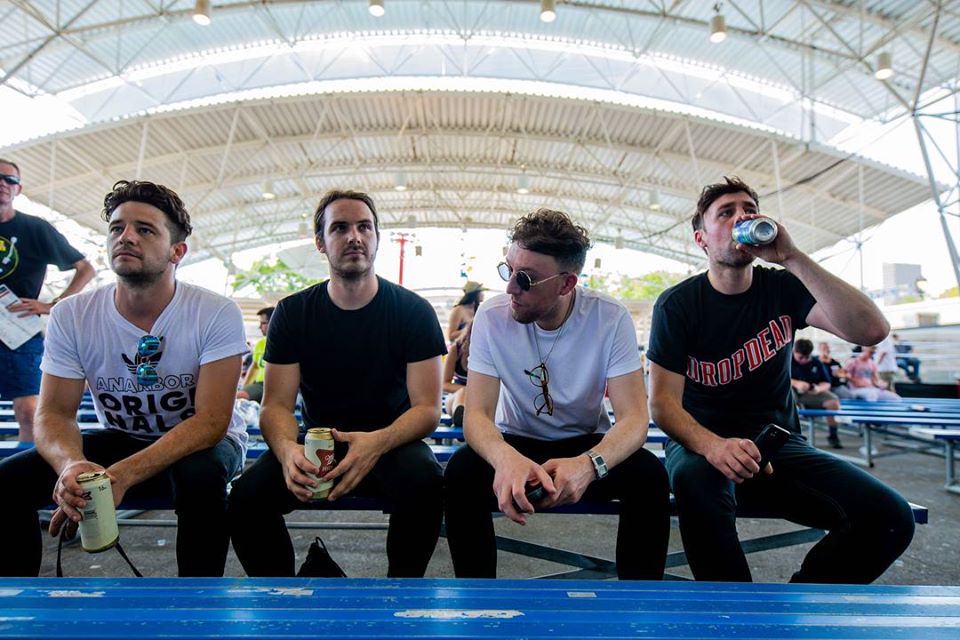 Four lads from South Yorkshire, UK who gleefully share their moniker with an infamous old school South American gang, Alvarez Kings summon pop power through timeless analog synth and guitar magic. The quartet—brothers Simon [vocals, guitar] and Paul Thompson [bass, keys, backup vocals], Aidan Thompson [guitar, keys, production], and Richard Walker [drums, samples, pads]—has quietly built up an international buzz since their 2012 formation.
BBC Radio proclaimed “No Resolve” the “Single of the Year,” while they impressed audiences at Isle of Wight and O2 Wireless Festival in addition to show-stopping stints on the Vans Warped Tour in 2013 and 2015 and support tours with Melanie Martinez, PVRIS, and Echosmith. Their 2015 EP, Fear To Feel, expanded their foothold in the U.S. Spotify featured the title track on coveted playlists such as The Indie Mix and Ultimate Indie Playlist, notching 40K streams in less than 12 hours and eventually amassing over 6M and counting. Meanwhile, they drew acclaim from Billboard, Huffington Post, and more.
In 2016 the band signed their first record deal with Warner Bros and, preceded by the introductory focus track “Sleepwalking Pt.II”, released their full-length debut, Somewhere Between in 2017. Recorded by Grammy Award-winning producer Carlos De La Garza [Paramore, M83] and recorded at Ocean Studios in LA the album was received with glowing reviews.
Up until 2018, the band toured their debut extensively, playing sold-out headline shows across Europe, UK and the United States along with some of their biggest festival appearances to date including Firefly and Summerfest. In 2019 they began working on their second studio album, which is currently anticipated for a 2020 release.
Facebook
Back to Writers List