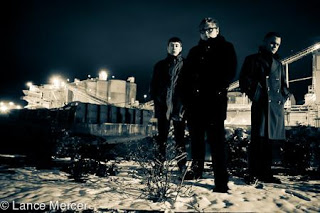 Bolstered sonically by the elder Foster’s crisp, punchy production and by the younger’s songwriting and visual talents, Dirty Sidewalks are a force to be reckoned with. Their brand-new single “It’s Getting Better” (MuSick Recordings), which was featured in a recent episode of Showtime’s Shameless,  features tenacious pop hooks and a visually dazzling video influenced by the bizarre stop-motion animation of Terry Gilliam (Monty Python’s Flying Circus).   The band, who have recently shared the stage with acts such as Har Mar Superstar and Moving Units, will release their debut LP in the fall of 2015 on No-Count Records—another Foster endeavor.